I love a good story, and Silence definitely delivers one hell of a narrative. A point-and-click adventure game, you play as siblings Noah and Renie. The two run to a bunker to protect themselves from an air raid, and after their hideout is hit, they find themselves transported to Silence. Silence is a magical world that Noah created for Renie, and they have to use the knowledge he came up with to find their way back to the real world. The journey back isn’t without peril, though… 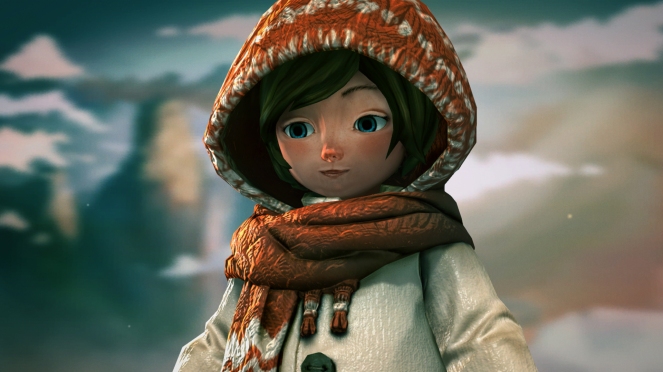 The visuals in Silence are absolutely stunning. It feels like playing a watercolor painting, and I wanted to constantly take screenshots of the environments. The voice work is iffy, with the main characters being a little grating to listen to. The ambient noises are delightful, though, and the supporting characters bring a breath of fresh air with their lines. I also loved the mythical story and the relationship between Noah and Renie. It did feel like it couldn’t decide which audience to cater itself to, though: older children or adults. There is some coarse language and scary creatures, but the overall tone seems aimed at a younger audience.

The controls are easy to learn and master, and are intuitive. You only use the joysticks and one action button for two characters, while one other playable character requires the use of the shoulder buttons on console. Occasionally I would have trouble lining myself up to interact with an object, but it wasn’t game breaking. The puzzles in the game are pretty easy, but the game gives you an option to turn hints on or off if you want more or less of a challenge. Also, the loading times are atrocious. Whenever you traverse to another area or backtrack, you’re stuck with a loading screen that can last up to ten seconds. It broke the immersion.

I enjoyed my four hours with Silence, warts and all. I adored the overarching story and the familial overtones, the controls were simple and intuitive, and the puzzles were delightful and simple. The loading times, inconsistent tone, and weak voice acting bring it down a little, but if you enjoy point-and-click adventure games, this may be right up your alley.

-Voice acting is a mixed bag

*All images and video courtesy of Daedelic Entertainment