I’m baaaccckkk… It’s been a little too long and I’m way too far behind, but here are ten more movie reviews for your eyes to devour! Also, you can follow me on Letterboxd to see what I watch and the ratings I give out (plus exclusive short film reviews) early.

An absolutely average action/revenge film that has an incredible cast, Braven is a fun watch if you have nothing else to do, but otherwise is skippable. Jason Momoa is a complete badass (as always) as a father and husband who must defend his family (including Stephen Lang as his father) from drug runners (Garret Dillahunt portrays the leader). The action scenes are bloody and visceral, but the overall story drags until the third act. If you have a craving for some Momoa, though, this should satisfy that itch. 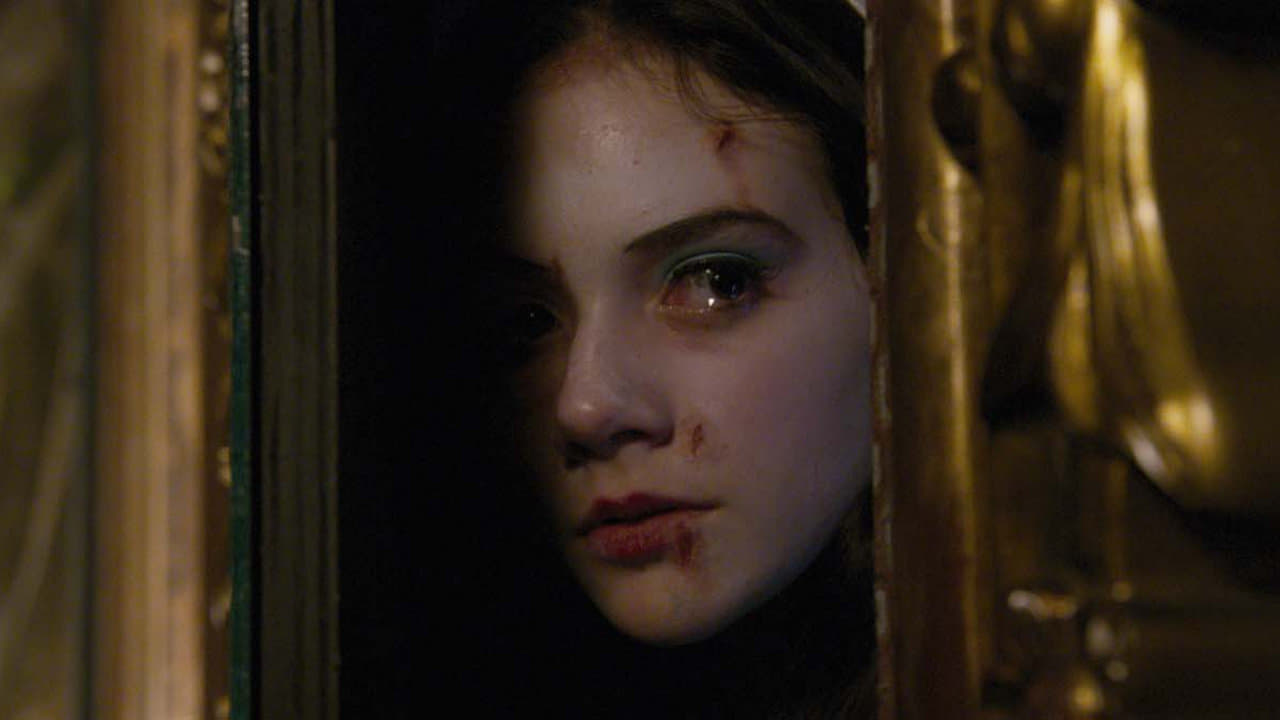 The latest film from French auteur Pascal Laugiers (Martyrs), Ghostland centers on two sisters named Beth and Vera who survived a horrific home invasion when they were younger. Years later, successful author Beth (Crystal Reed) receives a call from troubled Vera (Anastasia Phillips) beckoning her back to the home. When she returns, though, her old memories come flooding back… along with terrifying new incidents.

I really enjoyed this film. The aesthetic is creepy and dreamlike, and the performances were solid. I got major Texas Chainsaw Massacre vibes from this movie, and thought the story was intriguing. Ghostland is disturbing and won’t be everyone’s cup of tea, but it felt like a throwback to older genre films in today’s current horror climate.

I usually love the Coen brother’s films, but Blood Simple was merely above average to me. The plot follows a bar owner who suspects his wife is cheating on him, so he hires a private investigator to spy on her and collect evidence of her adultery. After finding out the truth, his life is put on the line. The acting is great, but I found the story to be a little too muddled. The concept is dark and thrilling, and there are certainly moments that make your blood run cold, but the pacing really throws things off. This is still a good mystery, but doesn’t hit the highs of some of the Coen’s other films.

I’ll come out and say it… I hated this movie. It’s full of puerile humor, the story is predictable, and the acting is average at best. The movie centers on two frenemies (played by Lauren Miller Rogen and Ari Graynor) who start up a phone sex business to get out of financial straits, but this is your typical modern comedy. The only aspects of this film I enjoyed were the relationships between the characters. If you like this style of film, you’ll enjoy it more than I did, but if you’re looking for something different, skip this.

I love Charlie Kaufman as a writer/directer, and Synecdoche, New York is another wonderfully abstract film from his gifted mind. Philip Seymour Hoffman is brilliant as theater director Caden, whose life changes in small and large ways over the course of the movie. He gains and loses relationships, discovers how important family is, and struggles with being a creative person in a world that doesn’t readily accept people who have a different mindset. The supporting turns from Catherine Keener, Michelle Williams, and Jennifer Jason Leigh are brilliant, and add different layers to Caden’s life. Some will be turned off by the unconventional approach Kaufman took with Synecdoche, New York, but if you enjoy his other films or love films that push the boundaries of film-making, give this a watch.

The latest installment in the Jurassic franchise, Fallen Kingdom feels like two films sewn together. The first half follows Owen Grady (Chris Pratt) and Claire Dearing (Bryce Dallas Howard) trying to rescue the dinosaurs off of Isla Nublar, which is under the threat of a massive volcano exploding. The second half takes a sharp turn into horror/thriller territory, placing them in a mansion where they are again fighting for the lives of the dinos, but also trying to survive against a new threat themselves. The visuals are outstanding, and Pratt and Howard are immensely likable. The emotional scenes pack a punch, and there are some genuine jump scares and thrills effectively used. The aesthetic is also gorgeous, thanks to J.A. Bayona’s directorial vision.

What holds this film back is it’s tonal shifts and the feeling that we’ve seen this before. It doesn’t really add anything new to the franchise, but the ending is wonderful. If you’re a Jurassic fan, check this out. Just don’t go into this expecting a cinematic masterpiece.

A brilliant film about war and the effects it has on soldiers, Saul Dibb’s Journey’s End is an emotional gut punch. Sam Claflin shines in this as Capt. Stanhope, who leans on alcohol to help him cope with the atrocities happening in the trenches as his mental stability disintegrates. Paul Bettany, Toby Jones, and Asa Butterfield lend strong supporting turns and make you care for the regiment, and I found myself becoming attached to every character in Journey’s End, which is rare for me. This is a rather gloomy and claustrophobic film, both aesthetically and plot-wise, and might be too tough for some viewers to stomach. If you enjoy delving into this kind of cinema, though, this is more than worth your time

Based on the best-selling memoir (which I ashamedly did not read before watching this), Brain on Fire tells the story of Susannah Cahalan (Chloë Grace Moretz), a journalist who soon starts suffering from strange behavior and seizures. The rest of the journey involves her family and colleagues trying to help her get the medical treatment she needs and fighting for a diagnosis. Moretz does an admirable job of portraying Cahalan, and Richard Armitage and Carrie-Ann Moss are wonderful as her parents. The only thing I didn’t care about in this film was the ending. It was too abrupt and neatly wrapped up for the dramatic story it was telling. Otherwise, this is a solid film about a scarily true story.

Normally, I dislike comedies with a burning passion, but this was a surprisingly cute rom-com. Zoey Deutch and Glen Powell have great chemistry and are immensely likable as two assistants who decide to set their respective bosses (Lucy Liu and Taye Diggs) up so they can gain more freedom from their jobs. There are common rom-com tropes in Set It Up, and some of the jokes don’t land, but overall this was charming and brightened up my day. If you’re looking for a cute, optimistic movie to watch, this is right up your alley. 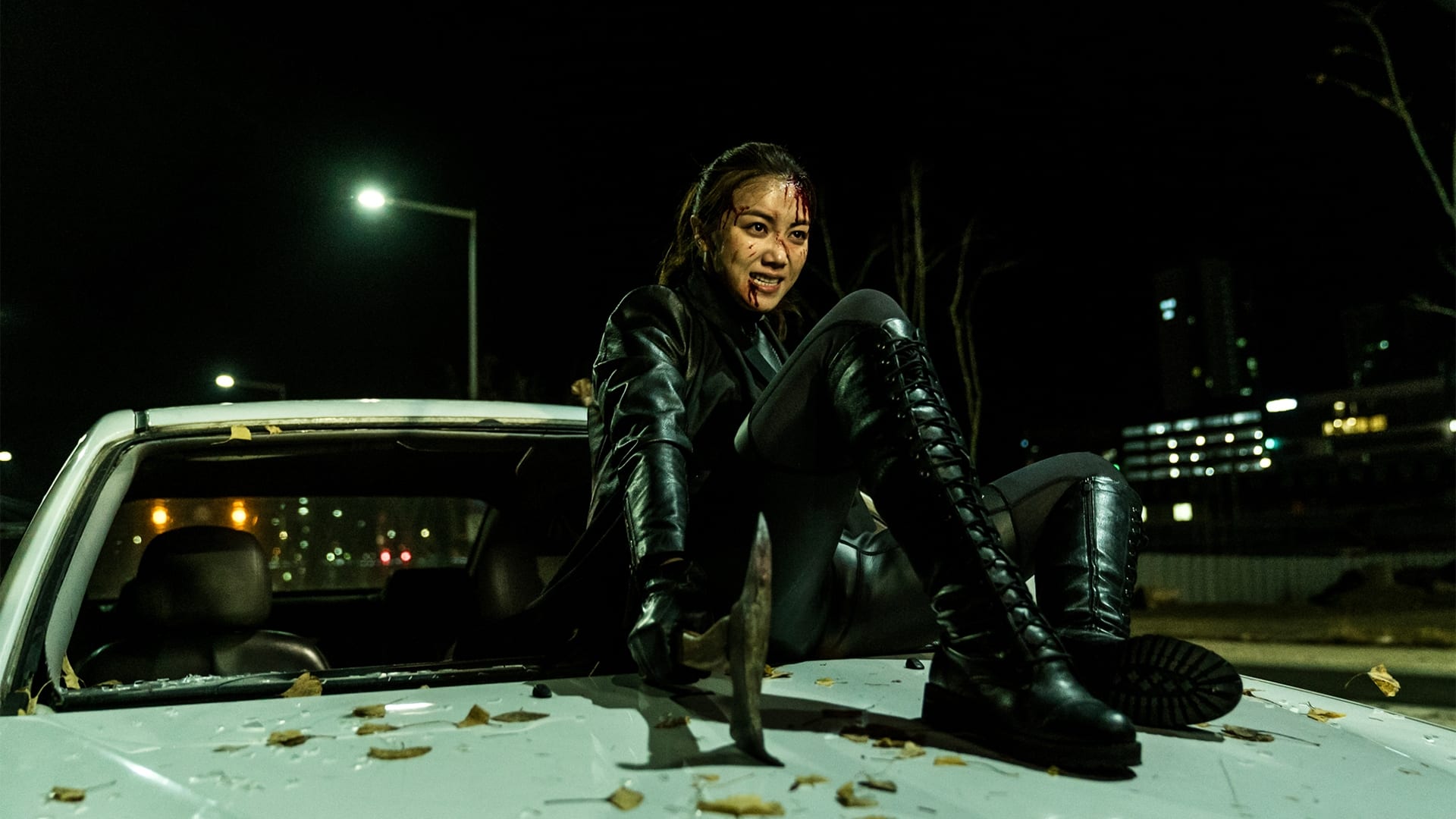 A bad-ass action film, The Villainess features an incredible performance from Ok-bin Kim as Sook-hee, a woman who was trained at a young age to be an assassin and who has found herself in the clutches of a sinister organization as an adult. She also happens to be a mother, and this film explores how she both has to care for her young daughter and live a normal life while also being controlled by the organization that has her in servitude. This isn’t just a film filled with incredible action scenes, there are some seriously emotional and shocking themes and moments interwoven into the story. I also thoroughly enjoyed the different camera angles and directorial choices employed throughout, but this could be a negative for some viewers. Watch this immediately if you enjoy this kind of movie.

*All images belong to their respective owners