Oh look, I’m back with more movie reviews! This wrap-up includes a popular horror film, the latest film starring The Rock, and Wes Anderson’s latest cinematic treat. Oh, and I’ve reached film 150! Woohoo! (If you’d like an early sneaky-peaky at the films I watch and what I rate them, follow me on Letterboxd.)

The surprise blockbuster of the year so far, A Quiet Place is wonderfully directed by John Krasinski (who also stars) and features bravura performances from Emily Blunt (Krasinski’s on-and-off screen wife) and Millicent Simmonds. The story is sparse but excellently communicated, and the tension is palpable. Some moments of the film felt predictable and I wasn’t crazy about the ending, but I thoroughly enjoyed my time spent in this universe, and found it utterly refreshing. I adored the concept, and I highly recommend this for horror lovers looking for something fresh.

To be honest, I wasn’t expecting much from this film. I had grown a little tired of films centered around a rapper trying to break into the industry, but 8 Mile pleasantly surprised me. Eminem (a.k.a. Marshall Mathers) gives a solid performance as “B-Rabbit”, and I enjoyed the supporting turns from actors such as Mekhi Phifer, Brittany Murphy, and Kim Basinger. The story was gripping (if predictable), and the music was catchy. Some elements haven’t aged well, but this still packs a punch.

Steven Spielberg’s first cinematic foray of 2018 is a true knockout. Meryl Streep and Tom Hanks brilliantly portray Washington Post owner Katharine Graham and editor Ben Bradlee, respectively, as they plan to publish the controversial Pentagon Papers. Of course, they face major backlash from the government, and have to decide whether to continue their mission to expose the truth or let it go.

This could have been an extremely dry, political film, but Spielberg sprinkles his magic over the movie. The casting is top-notch, with Streep and Hanks sparking off of each other. The supporting cast (comprised of talent such as Sarah Paulson, Bob Odenkirk, David Cross,Carrie Coon, and Tracy Letts) is compelling, and no one turned in a duff performance. The Post won’t be to everyone’s liking, but it’s interesting, important material that demands to be seen. 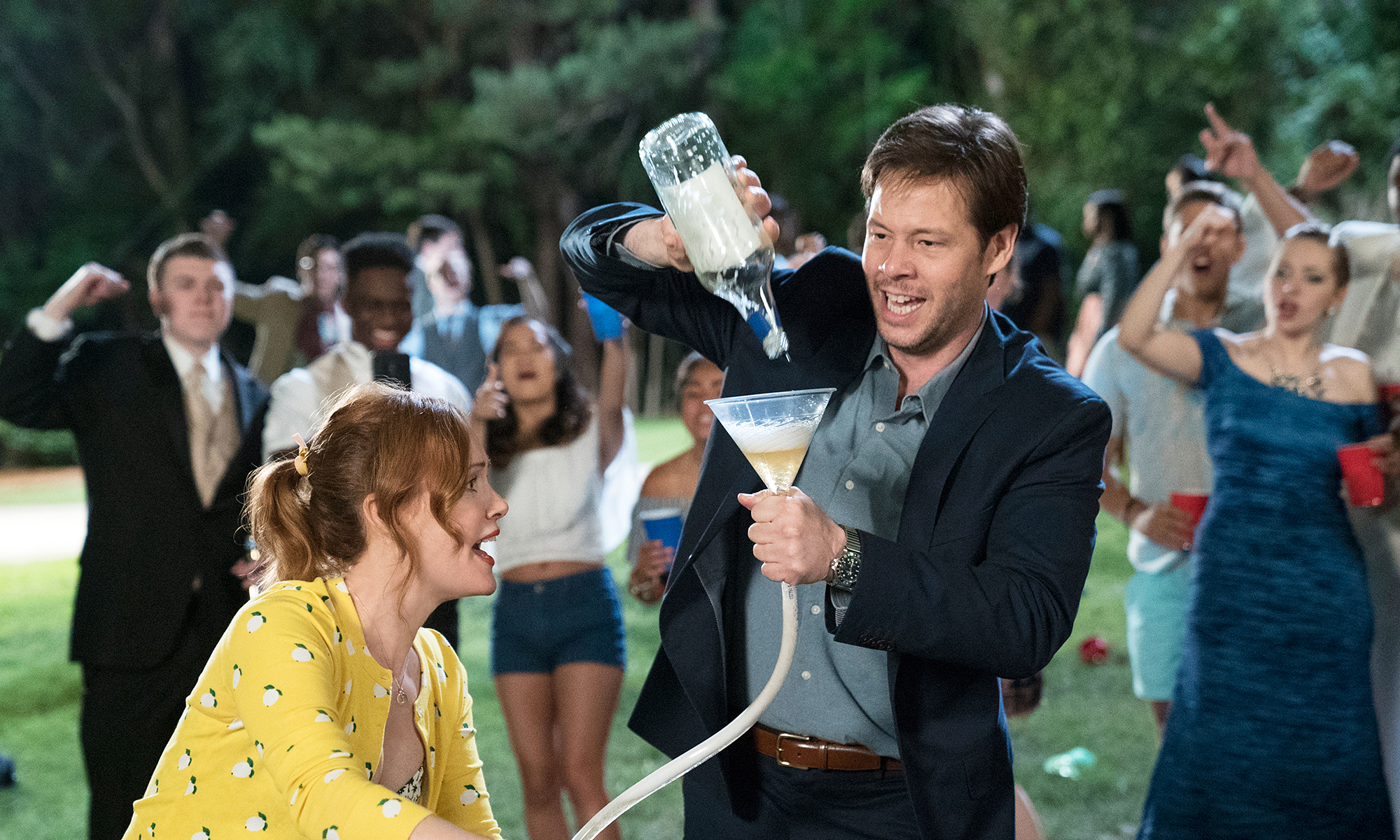 Let me just get this out of the way: I abhorred this film. I’m not a fan of the current climate of comedies, but I had heard this was strongly pro-sex, didn’t demean women, and was smart. I can agree with the first two, and partially with the third. What wrecked this movie for me was it’s puerile humor. I’m SO TIRED of the constant jokes about bodily fluids, genitalia, and sex that are peppered throughout every single comedy out there, and Blockers is no different in this regard. It had some heart-warming moments, but I ultimately bored and literally sickened by one scene (emetophobes, don’t watch this). I know there’s a demographic for this kind of film, but I’m definitely not part of it.

A solid film about the real-life “Green Berets”, 12 Strong is a powerful (if slightly overlong) gut-punch. Chris Hemsworth, Michael Shannon, and Michael Peña portray their characters with heroism and strength, even in the face of danger, and imbue realism into their roles, making you care about the soldiers. The action sequences are well-executed, and the messages are hard-hitting. I just feel like this would have benefited from a shorter run-time and some better dialogue.

An intriguing (albeit very slow-burning) Western from Scott Cooper, Hostiles follows an Army captain named Joseph Blocker (Christian Bale) who is ordered to accompany Chief Yellow Hawk (Wes Studi) to safety. Along the way, they encounter Rosamund Pike’s fiery, headstrong Rosalee Quaid, who has recently suffered a tremendous tragedy and needs shelter. As the story progresses, the characters relationships and motivations become tangled and their viewpoints shift.

The aesthetic is stunning, and the performances all punch above the belt, but the story will definitely divide some audiences with both its length and its messages. I personally enjoyed Hostiles, and found it to be extremely effective (but a tad too long-winded).

This film has utterly garbage reviews, and I personally don’t see why it’s warranted so much negativity. Sure, it has flaws and isn’t anywhere near being a masterpiece, but it’s a fun sci-fi B-movie that has shades of Hardcore Henry and Cloverfield to it, plus DAN FREAKIN’ STEVENS is the lead in it. What more can you ask for? The special effects are well done, and Stevens is phenomenal. The story is definitely the weakest link, but if you can switch (pun fully intended) off logic for an hour and a half, you could do far worse than Kill Switch (FAR WORSE).

The Descent was a smart, genuinely unnerving horror film that still feels fresh today. The sequel? Not so much. It’s like the director and writers decided that the first film was so good, that they would repeat it with Part 2, and it definitely hurts this sequel. The acting is cheesy, the story beats are pretty much exactly a refresh of the original, and the gore isn’t very convincing. Sure, there are some gnarly death scenes, and we get a close-up of the monsters, but I ultimately became so tired of this film that I couldn’t finish it (which is a rare occurrence). 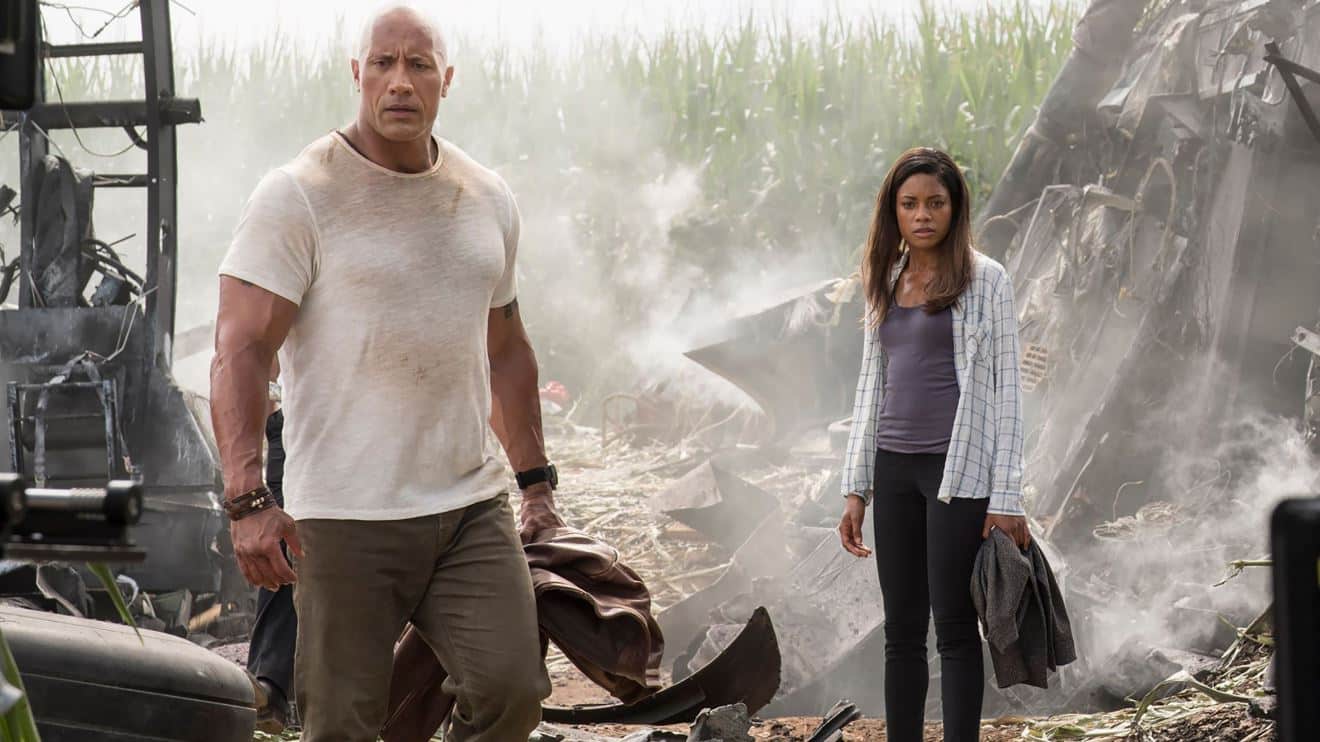 Is this a mind-blowing film with an incredible story that’s going to win awards? Definitely not, but it’s pure FUN. Based off of the classic arcade game, Rampage centers on the bond between Davis Okoye (the always dependable Dwayne Johnson) and George, an albino gorilla who one day mysteriously grows to towering proportions after being exposed to a dangerous pathogen. Okoye, along with Dr. Kate Caldwell (Naomie Harris) and Harvey Russell (Jeffrey Dean Morgan, in full-on Negan mode), must find the cure to the pathogen and save Chicago from being decimated.

The effects work is pretty good, and there are several humorous and touching moments that hit me right in the feels. I liked the entire cast, and this reminded me of watching classic monster movies such as Godzilla as a kid. If you’re looking for an adrenaline rush of a film, Rampage is for you.

I have to admit that I’m a HUGE fan of Wes Anderson and his creative way of directing films, so Isle of Dogs was pretty much an insta-win for me. The stop-motion animation is stunning, and the voice cast (comprised of the lungs of Bryan Cranston, Frances McDormand, Bill Murray, Jeff Goldblum, and Scarlett Johansson, among others) give the dogs anthropomorphic relatability. Isle of Dogs won’t be for everyone, though. Anderson decided to keep most of the human’s language in Japanese without subtitles or narration, which will definitely bother some viewers. Others will find the concept to be too oddball (come on, an island that is wholly occupied by canines afflicted with dog flu is pretty out there). I’d say if you enjoy Anderson’s work and/or animation for adults (this is definitely not for younger children), though, you should definitely give Isle of Dogs a watch.