I’ve finally cracked one hundred films (again)! I’m extremely proud of myself for this accomplishment (and wondering how the hell I’m pulling it off). Enough of that, though! Let’s discuss movies! (If you’d like to get a little sneak peek of what I watch and the ratings I give, you can follow me on Letterboxd)

Kelly Reichardt’s latest features a powerful cast (comprised of Laura Dern, Kristen Stewart, and Michelle Williams) and revolves around the lives of three women living in a small town. Sadly, I was left a little underwhelmed. The performances were fantastic, and I enjoyed each woman’s story and journey, but felt like the three didn’t mesh as well together as they should have. The direction and cinematography is great, and the premise of the film is great. It just felt like something was missing, and I can’t put my finger on what that magic sauce is.

This actually pains me to write this, but Mute was a major disappointment for me. I LOVE Alexander Skarsgård (he’s one of my favorite actors and is incredibly underrated, in my opinion), and I’ve enjoyed Duncan Jones’ previous output (Warcraft withstanding). Add in a beautiful, neon-noir universe and this should have been a knockout for me. Instead, I was left aching for more. The story is messy and dragged out, and some of the characters felt like they hindered the story instead of bolstering it. Skarsgård was great as always, and the visuals were stunning, but Mute was sadly not a hit for me. 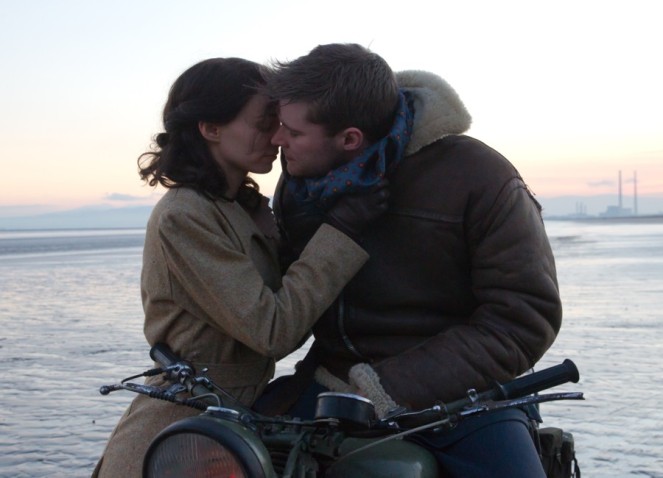 This film has an ace cast, and the story has an interesting hook, but the way the plot was executed left me underwhelmed. Following the life of Rose (portrayed by Rooney Mara and Vanessa Redgrave), we see how she ended up residing in the mental hospital that she’s currently living in. It’s a powerful story, but it meanders, and loses steam because of it. Eric Bana, Theo James, and Jack Reynor give solid supporting turns, and the movie does have enough to keep you hooked. The Secret Scripture could have been a great film instead of just a watchable piece of cinema for a rainy day.

Gary Oldman’s portrayal of Winston Churchill is my favorite by far (and he totally deserved the Oscar he received), and Lily James and Kristin Scott Thomas were wonderful as his secretary Elizabeth and wife Clementine, respectively, are superb. I was also deeply invested in the story. I enjoyed seeing how Churchill reacted to being elected Prime Minister and the struggle he faced dealing with Dunkirk. Some will find this film dry and possibly boring, but if you’re a history buff and/or love films that are based on fact, Darkest Hour is definitely worth your time. Plus, any film that makes a joke about how Churchill makes a peace sign earns applause from me.

I’m a pretty big fan of the Saw franchise, but Jigsaw left me wanting more. There were some amazingly gory kills, but the story went all over the place and didn’t really add much more to the narrative besides one *redacted*. It’s not as bad as a few of the earlier entries, but some of the acting is mediocre and it just felt like an unneeded entry in a series that already felt like it had reached a conclusion. Still, if you’re a Saw fanatic, you’ll want to check this out to see the dastardly tests the killer has set up.

You’ve probably seen this clickbait articles about how this movie is so scary, you’ll have to stop it halfway through. Sorry to disappoint, but those statements are wildly blown out of proportion. Still, this film doesn’t rely on cheap jump scares, has some inventive scenes, and if demonic possession gives you the heebie jeebies, Veronica will linger with you for a little while. The film is based on real-life police accounts of an unsolved mystery, and the performances are strong. It’s ultimately predictable, but I admired how the director told this creepy story. Veronica is definitely worth a watch; just don’t go in expecting the scariest movie you’ll ever experience.

A beautiful film from the crazy imagination of Guillermo del Toro, The Shape of Water is a stunning, albeit strange, love story between the mute Elisa (Sally Hawkins) and the Amphibian Man (del Toro favorite Doug Jones). Octavia Spencer, Richard Jenkins, and Michael Shannon turn in wonderful supporting performances, and the color palette and set design is exquisite. Alexandre Desplat’s score just adds to the gorgeous concoction that is The Shape of Water, and I highly recommend you watch this gorgeous, unique love story ASAP.

The film adaptation of Greg Sestero’s account of his friendship with Tommy Wiseau and his experience shooting The Room, The Disaster Artist is a cinematic masterpiece that has been sent to us in the form of James Franco. Franco wonderfully embodies Wiseau, taking over both director duties and the starring role, and nails both. This is a loving tribute to Wiseau and The Room, and anyone who is familiar with the cult film will adore this movie. This film is largely faithful to the source material, and I was left dying to re-watch The Room after finishing The Disaster Artist. I dare you not to laugh and quote the iconic lines during your time spent with this movie. YOU’RE TEARING ME APART, LISA!

Dario Argento hasn’t failed to disappoint me yet, and Opera is another wonderfully fucked-up work of art from his twisted mind. The story centers on an opperata who is being followed by a twisted fan, who kills anyone who gets in her way. The death scenes are gloriously gory and OTT, and the soundtrack is killer. Some of the acting is iffy, but I adored my time spent with Opera, and was taken on a roller coaster ride with this movie. Highly recommended if you have enjoyed Argento’s other films.

A cult classic film, Mystic Pizza ultimately left me underwhelmed. I definitely laughed at several points during the film’s run time, and some scenes hit home, but it ultimately felt like a generic rom-com from the era. Julia Roberts, Annabeth Gish, and Lili Taylor are delightful, but even their performances couldn’t lift this movie from being merely entertaining and not a classic 80’s film.