Ten more movies down, ten more reviews for your eyeballs to devour.

The first entry in the latest trilogy(?) of Apes movies, Rise of the Planet of the Apes chronicles the story of Caesar (played by Andy Serkis), as he’s rescued as a baby and raised as a member of Will Rodman’s (James Franco) family. Caesar is extremely smart, and as he grows older, he starts to become more rebellious. Like most teenagers, he starts to cause trouble, and his actions have repercussions.

I found this movie to be extremely well-done, with beautiful effects, great performances from the cast, and a heart-wrenching story. This definitely feels like an origin story (because it is), so there’s a lot of world-building, but when the action does unfurl, it packs a punch. I can’t wait to see how the story continues.

I was excited to check this film out, after hearing it become a reference to certain situations. I went in expecting a science-fiction film, and I was wrong… so wrong. Sliding Doors follows Helen (Gwyneth Paltrow) as she has the shittiest day of her life. We see how her life would have played out if one certain thing had happened, while also seeing how it actually unfurls. This sounds intriguing, but the idea is better than the payoff. This was a treacly, romantic drama that left me majorly underwhelmed. The cast did a fine job, but the story felt weak. It’s a decent watch, but nothing mind-blowing.

I had first attempted to watch this movie when it first released, and became so bored that I didn’t finish it. After maturing in my cinematic tastes and loving Kong: Skull Island (check out my review here), I decided to give this movie another chance. It was definitely better than my first viewing, but still left me wanting more from the film. Godzilla finds a man named Ford (Aaron Taylor-Johnson) going to bail his father Joe (Bryan Cranston) out of prison in Japan. Joe is convinced that there is a massive secret that the government is hiding, and his suspicions are proven correct when a creature called M.U.T.O. is awakened, and wreaks havoc. To top things off, this also causes Godzilla to rise from the ocean.

When Godzilla appears on screen, this movie is a blast. He’s a sight to behold, and he’s beautifully portrayed. The thing is, though, that this feels more like a disaster movie than a kaiju film, which cause the same disappointment I felt back in 2014. I love Godzilla, and wanted to see more of the titular creature. The cast give great performances, and the battles between M.U.T.O. and Godzilla are fun and exciting. I just wish there was more of the King of the Monsters.

Check out my video review of The Incredible Jessica James for my thoughts!

Another film that I hated when I first saw it, but on the second viewing, I ended up LOVING Drive. The film follows a Hollywood stuntman/getaway driver (Ryan Gosling) as he navigates his messy life. As he falls in love with his neighbor (Carey Mulligan), he’s also pulled into a life of violence. Ryan Gosling is a force to be reckoned with. He’s a powerful presence, but also radiates kindness and makes you care about his nameless character. The rest of the cast are superb as well, and the story, although slowly paced to start with, is heavy and managed to punch me in the gut several times.

Nicolas Winding Refn’s directorial style isn’t for everyone, with it’s indulgent shots and his penchant for dark, neon-infused color aesthetic, but it works with Drive. Some viewers will be put off by this film, but if it sounds interesting to you, give this movie a chance. 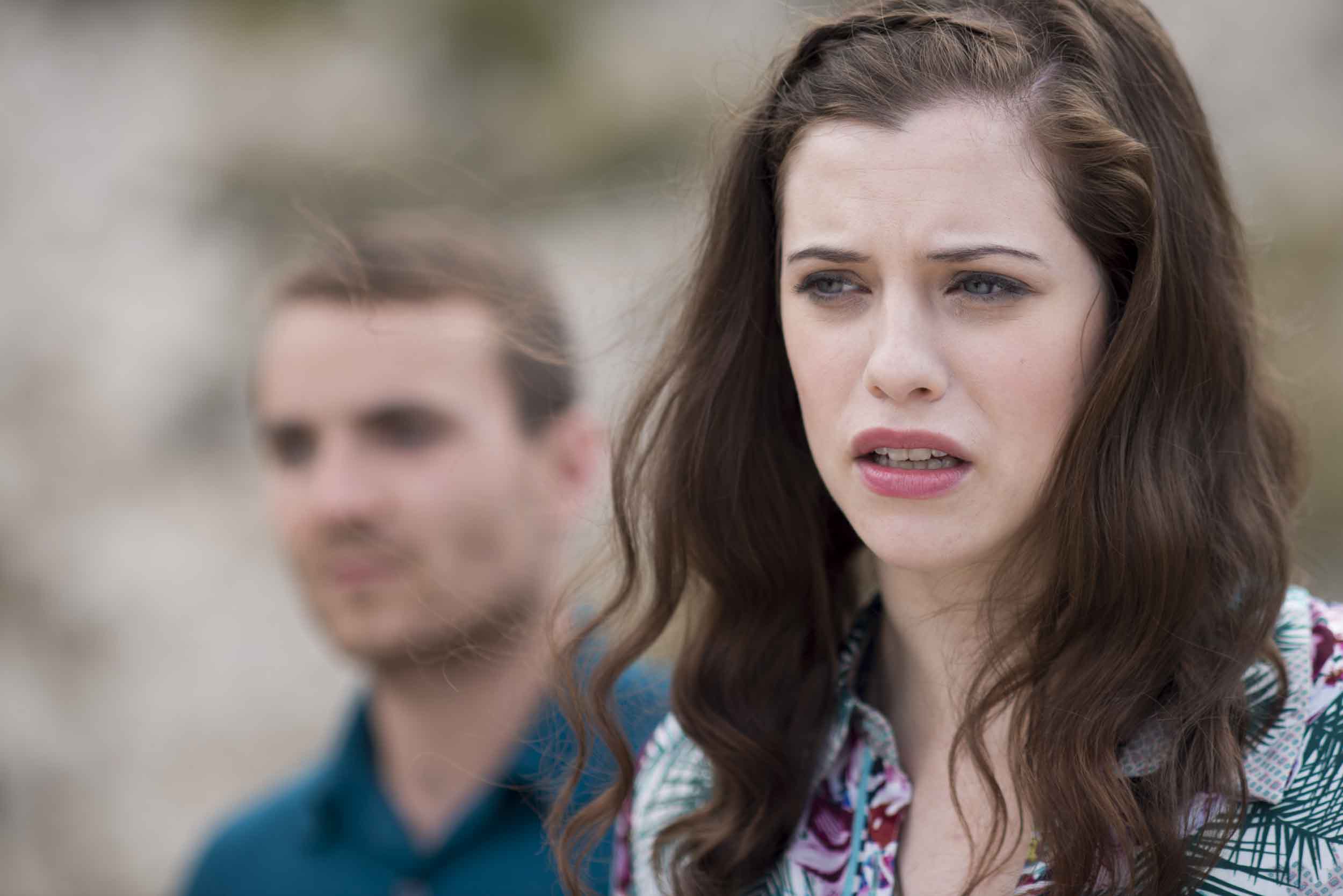 A fresh take on the zombie genre, The ReZort is set after the zombie apocalypse has occurred. Now, survivors can travel to a resort where they can go on safe hunting expeditions and take their anger and frustrations out on captive zombies. Of course, things go tits up. The zombies manage to escape their confines, and the patrons of the resort must try to survive this horrific incident.

The ReZort kind of reminded me of the video game Dead Island (without the super-awesome handmade weapons), and I had a lot of fun watching it. Is it perfect? Definitely not. There are definitely times where the characters make stupid decisions, some of the acting is subpar, and the story is predictable. That didn’t stop me from having a hell of a good time, though.

This is a unique film, and I fucking loved it. This melds genres together effortlessly: science fiction, tokusatsu, and dramedy. The story revolves around Anne Hathaway’s character Gloria: she’s a depressed alcoholic who has just been dumped by her boyfriend (the dreamy Dan Stevens) and kicked out of their apartment. She moves back to her hometown, and reconnects with her childhood friend Oscar (Jason Sudeikis). He hooks her up with a job at his bar, and helps her furnish her childhood house. Oh, I forgot to mention that there is also a monster that has invaded Seoul while this is all going on.

The performances are incredible, and Hathaway and Sudeikis are on top of their game. The story is interesting and original, and there are emotional beats are executed flawlessly. The visual effects are outstanding, and the pacing of the film is spot-on. Colossal has managed to land itself on my Top Films of 2017 list.

A fantastic psychological horror film, The Devil’s Candy sees a family moving into a new home with a tragic past. As they adjust to their new home, they have to contend with a deranged former inhabitant of the house, and the father (Ethan Embry) has voices telling him what to paint. You know, the usual stuff that happens when you move into a new house. The cinematography is outstanding, and I loved how how the film combined heavy metal with art. I also really adored the Hellman family. They’re eccentric, but they felt like a genuine family.

My only complaint with this film was the ending. I felt like it didn’t mesh with the first 3/4th’s of the movie, and it kinda just fizzled out for me. Otherwise, this was a treat of a film that had me on the edge of my seat.

A classic rom-com, You’ve Got Mail finds Kathleen (Meg Ryan) and Joe (Tom Hanks) communicating via email and developing a friendship. The problem? They don’t know that they’re talking to each other, and they have a rivalry going on. Joe has just opened a big-chain bookstore across the street from Kathleen’s independent children’s bookstore, threatening to put her out of business. The story is predictable, but Meg Ryan and Tom Hanks are charming, and the film feels like the equivalent of curling up with a cozy blanket.

A film that had potential but ended up squandering it, Message from the King is a Netflix original film that boasts the star talent of Chadwick Boseman, Luke Evans, Tom Felton, and Teresa Palmer. The narrative is a generic revenge story, and the film is extremely slow-burning. The action scenes are brutal and excellently executed, but they’re few and far between. The actors do a fine job with the roles they’re given, but they’ve all given far better performances in other films. An underwhelming cinematic entry in Netflix’s original library.

*All links are affiliate links