Ten more movie reviews for you to feast your eyeballs on! (Also, if you’d like to purchase any of these films, please use my affiliate link. It helps keep the site up and running!)

Takashi Miike’s provocative, genuinely unsettling film follows a widower named Shigeharu Aoyama(Ryo Ishibashi) as he auditions unknowing young women who believe they’re up for a part in a film, when actually they’re new prospects for Aoyama to choose from. He becomes enchanted by a dancer named Asami (Eihi Shiina), but quickly learns she’s not as innocent as she appears to be.

This is one of the few films that has managed to unnerve me. One scene, in particular, made me feel extremely ill. There are several disturbing scenes in Audition, and if you have a weak stomach or are bothered by violence and gore, you’ll probably want to skip this movie. I personally though it was smart, though-provoking, and chilling. I still shudder thinking about that one scene, though…

’71 is about a young soldier named Gary Hook (Jack O’Connell), who is accidentally left behind by his squad during a brutal riot in the streets of Belfast. Unable to tell who is his friend or enemy, he has to fight his way to safety through an unknown landscape. The performances are spectacular, and there are genuine gut-punch moments. I just couldn’t connect with the story, and found my attention waning at points. 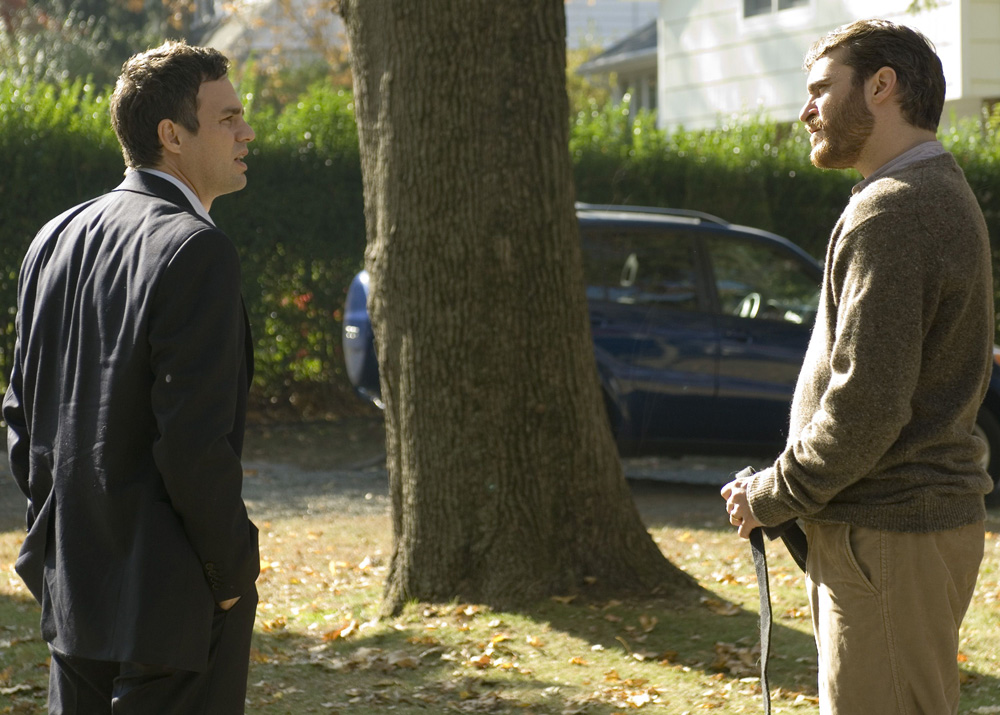 Based on the novel of the same name by John Burnham Schwartz, Reservation Road follows the lives of two fathers, Ethan Learner and Dwight Arno (played by Joaquin Phoenix and Mark Ruffalo). One night, Dwight accidentally hits Ethan’s son while distractedly driving, and flees the scene of the crime. Ethan vows to find his son’s killer, while his wife and daughter (Jennifer Connelly and Elle Fanning), mourn the loss of their son/brother.

The acting is phenomenal, and Terry George’s direction is fantastic. I was captivated by the story, and was on the edge of my seat the entire time. Was the film predictable? Yes, but it’s still highly worth a watch.

Watch my video to find out my verdicts on these three films!

MANCHESTER BY THE SEA: http://amzn.to/2nebpz6

A kooky, weird trip of a film, I Don’t Feel at Home in This World Anymore tracks a woman named Ruth (Melanie Lynskey), who has just recently been burgled. Along with her neighbor (Elijah Wood) who refuses to clean up his dog’s shit from her yard, they team up to find the hooligans who stole her possessions and quickly find themselves in an unconventional caper.

The sheer quirkiness of this film will either turn people off or on, but I found this entertaining enough to sit through, and chuckled a few times. Some jokes don’t land, but the acting is great and debut director Macon Blair has talent in spades.

I put off watching this movie for the longest time due to the fact that (MAY BE A SPOILER)… mobsters kill John Wick’s adorable new puppy at the beginning of the film. This puppy was the last gift his deceased wife (Bridget Moynahan) left him. What these goons (including Alfie Allen) realize is that John Wick is a retired hitman, and he’s not someone you want to fuck with. OOPS. Soon enough, John is leaving trails of claret is his quest for revenge.

This is the best Keanu Reeves has been in years, and the supporting performances by Allen, Michael Nyqvist, Willem Dafoe, Ian McShane, and Adrianne Palicki are as badass as the titular hero. 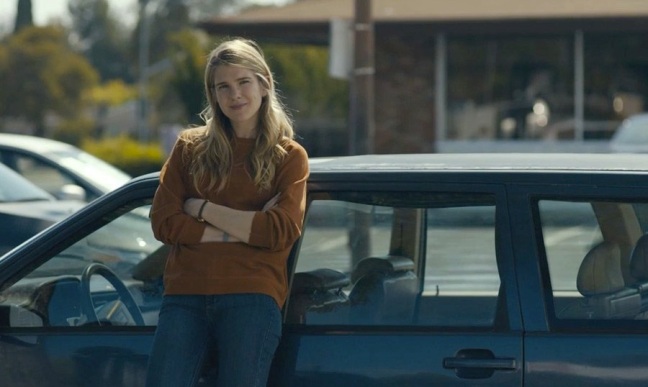 A cute road-trip film, Miss Stevens sees the titular teacher (Lily Rabe) escorting three of her students to a drama competition. This is a typical coming-of-age film with a tiny twist: Miss Stevens discovers who she really is as well. The story is predictable, but Lily Rabe gives an outstanding performance and if you’re looking for a sweet, charming film to kill some time with, Miss Stevens is well worth a watch. Just don’t expect anything ground-breaking or completely original.

Krisha is the debut film from director Trey Edward Schultz, and is a worthy first cinematic effort. The film chronicles a day in the life of Krisha (Krisha Fairchild), who is attending her family’s Thanksgiving gathering after skipping it for the last ten years. As the day goes on, though, the more agitated Krisha becomes by noise, touch, sound, and other stimuli. We also find out other important nuggets of information about Krisha and her past as the film continues on.

The performances are outstanding, especially Krisha Fairchild’s. She portrays a woman struggling with inner demons in a realistic light, and brings both humor and relatability to a character who some may view as cold. What bothered me (which may not bother you) was the fact that as the stimulation of the environment increased around Krisha, I became agitated along with Krisha. The stimuli was almost unbearable. This adds a massive dose of reality to the film, but if you’re sensitive to a lot of stimulation, you may want to avoid this movie.