Since I’ve gotten so far behind on writing film reviews, here’s ten for the price of one! (Which is free). Also, if you’re interested in purchasing any of the films listed, please use my affiliate link to help the site out!

The story of a woman named May (Angela Bettis), who longs for friendship after suffering a traumatic childhood, this is a criminally underrated psychological horror film. The pacing of the movie is fantastic, and the performances are solid. Anna Faris and Jeremy Sisto are solid support, and I adored how the story twisted and turned. There are definitely some predictable moments, but I was still heavily invested in finding out what would happen with May. Definitely give May the love she craves. 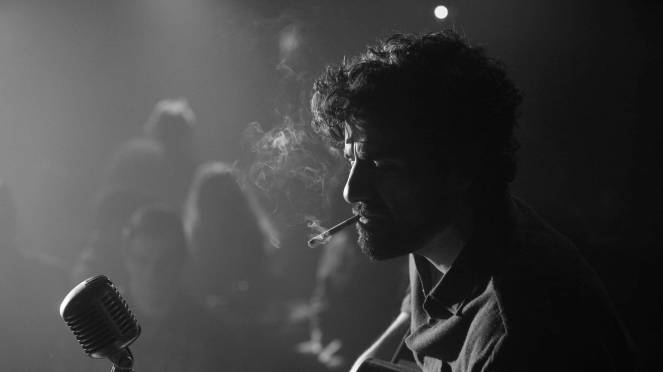 I originally tried to watch this when it first debuted, and hated it. Fast forward four years, and I fell head over heels in love. Inside Llewyn Davis follows the titular character (Oscar Isaac), as he struggles to become a successful folk musician and also manages to lose his neighbors cat. Along the way, he encounters colorful characters (played by Carey Mulligan, Justin Timberlake, Adam Driver, John Goodman, et al.) who give him clarity and help him on his journey. This is a masterpiece of cinema, and a must watch if you’re a creative person.

This was a major disappointment for me. The premise is intriguing: after being shot trying to save a girl’s life, a teenage boy (Bill Milner) wakes up to find out that parts of his smart phone have become lodged in his brain, allowing him to develop superpowers. Too bad that the film totally wastes this concept. I struggled to finish iBoy, and it just felt like a typical B-movie you would see on late-night TV. Maisie Williams is the best part of this film, but even she feels short-changed. Skip this.

Based on Paula Hawkins’ best-selling novel (which I adored), this film follows the source material pretty faithfully, besides the move from London to New York. Emily Blunt is fantastic as Rachel, an alcoholic who rides the train everyday past her ex-husband’s (Justin Theroux) home with his new wife (Rebecca Ferguson) and baby, and watches the idyllic couple (Luke Evans and Haley Bennett) who live next door. Until one day, the wife of the picture-perfect couple cheats on her husband.

This is a smart, taut thriller. Does it live up to how great the novel was? No, but it’s still an entertaining watch. The pacing is a little messy in film format, due to the story being told through the perspectives of three women, but the movie is so compelling it’s easy to forgive. The performances are strong, and elevate the film from being a typical thriller. Just don’t compare this to Gone Girl. 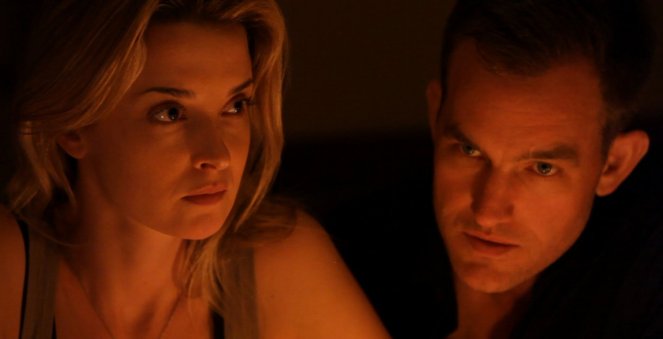 Talk about an underrated film. This is a science-fiction film that you should watch IMMEDIATELY. The plot follows a group of eight friends who gather to have a dinner party. A comet is flying overhead, and they start to receive letters and photographs of themselves by a mysterious presence. Naturally, they’re freaked out. Lead by Em (Emily Baldoni), they try to connect the pieces of the puzzle and figure out what the hell is going on. This is a brilliantly executed film that will twist your mind in the best way possible.

A film that was gravely overlooked last year, Money Monster is a smart, well-executed thriller from Jodie Foster. The plot centers on Lee Gates (George Clooney), the host of the popular Money Monster TV show. One day, an armed intruder (Jack O’Connell), walks on-stage during a live airing of the show, and places Lee in a bomb vest. The producer of the show Patty (Julia Roberts) and the CCO (Caitriona Balfe) of the organization he holds a grudge against must try to diffuse the situation and make sure everyone in the studio makes it out alive. The film does lose steam towards the end, but the performances are stellar and I was on the edge of my seat during the entire run time.

This was a pleasant surprise. After hearing of the tepid reception of the first Ouija film, I was cautiously optimistic that this film would deliver the scares I wanted. I wasn’t disappointed. Following the lives of a mother (Elisabeth Reaser) and her two daughters (Annalise Basso and Lulu Wilson) as they operate a spirit seance business out of their home, this is a smartly executed horror film helped immensely by the director Mike Flanagan’s experience with the horror genre. Most of the scares take place out of view or in the periphery of the camera, adding a sense of tension and dread. I also adored the use of cue marks, which was a nifty little touch for cinema fanatics.

Ouija: Origin of Evil does have a few shortcomings, such as some pretty cheesy CGI and a predictable story, but the atmosphere of the film and the performances make this a movie that will get under your skin in the best way possible. 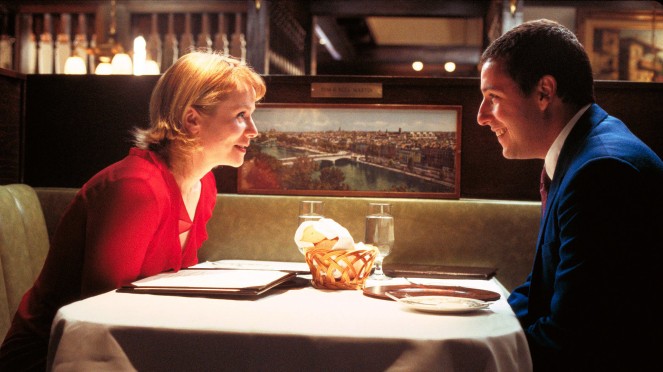 Paul Thomas Anderson films tend to be hit-or-miss with me, and Punch-Drunk Love falls in that category. Adam Sandler gives one of the best performances of his career, and the story is unique. It’s also very surrealistic and the characters aren’t exactly lovable. I feel like I’ll need to watch this film again to fully glean the message of the story.

I went into this film hoping I would like it, but terrified I would hate it because I had heard this was a comedy. Luckily, it’s the best kind of comedy (dark, messed-up comedy). This is more of a spy/espionage thriller film with dark humor sprinkled throughout. I adored Kristen Stewart and Jesse Eisenberg in this film, and Max Landis’ script is sharp and witty.

A beautiful look at romance and finding oneself.