Pete’s Dragon is Disney’s latest live-action adaptation, and it’s a mixed bag. It’s an emotional story with beautiful visuals and fantastic performances, but felt somewhat schmaltzy and it seemed like it couldn’t decide who it’s audience was. 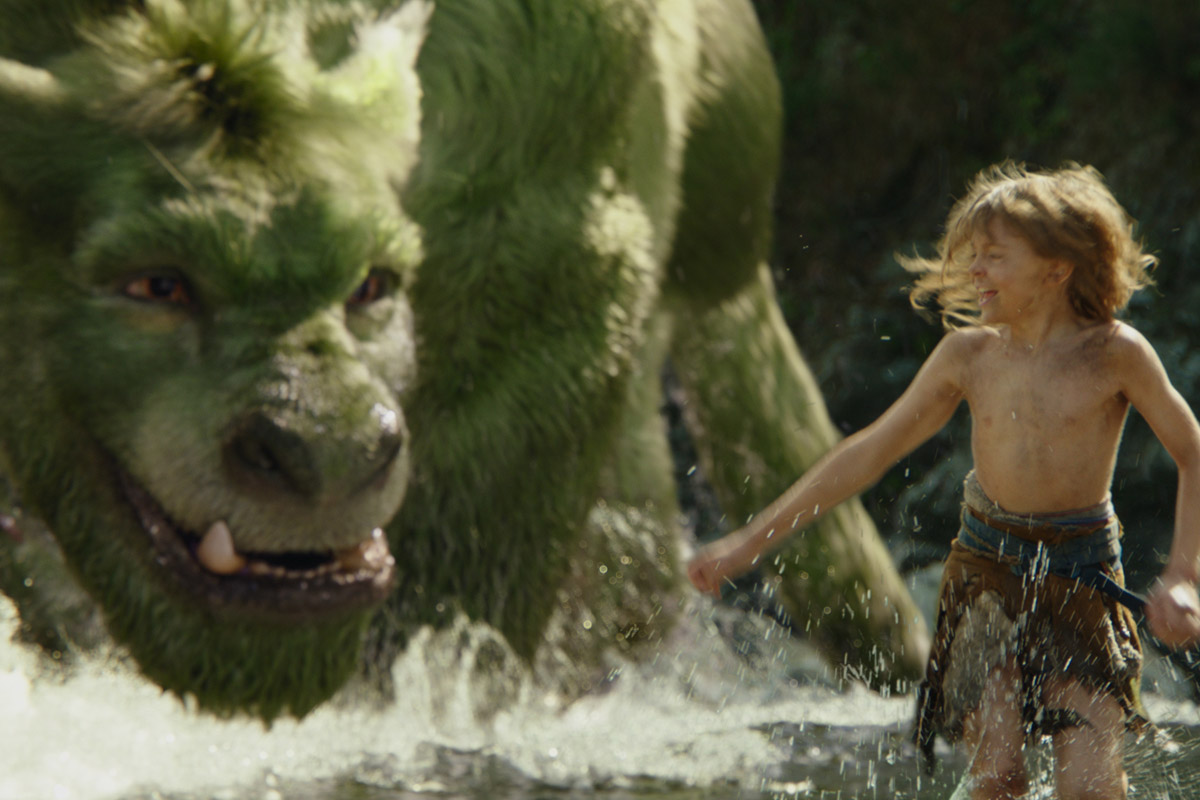 The story focuses on a young boy Pete (Oakes Fegley), who’s been living in the woods for years after a horrific accident. One day, a forest ranger (Bryce Dallas Howard), discovers Pete and takes him to her home to tend to him and try to find a suitable living situation for the boy. All the while, he yearns to go “Home” to the woods and to see Elliot, the titular dragon. The family (including Robert Redford and Wes Bentley), believe his story and decide to help him on his journey. All the while, a man who has seen Elliot (Karl Urban) but is called a liar, wants to capture Elliot to prove that dragons are real.

Like I previously mentioned, the performances are strong and the visuals are gorgeous. I loved the design of Elliot, and how he didn’t look like a typical dragon. He was covered with moss-green fur, and resembled a cat in his musculature.

The movie felt like it was trying to please two different audiences (family and adults), but ended up feeling to twee for adults and too mature at times for families. This is my biggest gripe of the film, and it did impact my viewing.

Overall, Pete’s Dragon is a heart-warming tale about family, hope, and friendship. Add in excellent casting and jaw-dropping visuals, and you have an entertaining film. If only the tone of the film had settled on one audience and stuck with it, it would have been a stronger film.

If you’d like to purchase your own copy of Pete’s Dragon (while also supporting the site), please use my affiliate link! http://amzn.to/2kxicnB