WOW. What a masterpiece of science fiction film-making. This classic film follows the aftermath of a UFO landing, and the emergence of an alien named Klaatu (Michael Rennie) and a robot named Gort (Lock Martin). After Klaatu tries to give the President a gift as a peace offering (and is rudely shot for his efforts), he has to go into hiding and try to convey a very important message to the world without being captured. 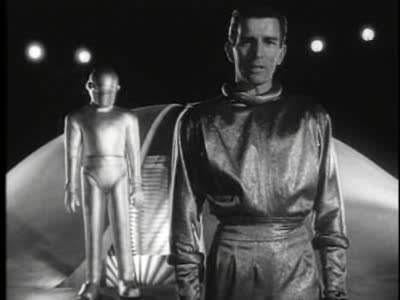 The effects still hold up extremely well, even to today’s standards. Nothing felt cheesy or cheap, and I marveled at the screen. The acting is also solid. Michael Rennie is extremely charming as Klaatu, and I became attached to his character immediately. The only nitpick I had with the film was the ending, which is ambiguous.

If you haven’t seen this film yet, watch it ASAP. An incredibly well-crafted film with a prescient message, this is a must-watch for everyone.

If you’d like to purchase your own copy of The Day the Earth Stood Still (while also supporting the site), please use my affiliate link! http://amzn.to/2iQsP0Y