I went into this film having already read the novel this film is based off of, and I can say that this is one of the most faithful book-to-film adaptations I’ve seen. The story follows a young man named John Wayne Cleaver (Max Records), who has the traits of a serial killer. He’s devised a list of rules to avoid succumbing to his dark desires, but when a series of murders occur in his small home town, his curiosity about the killer threatens to upend his carefully executed life. 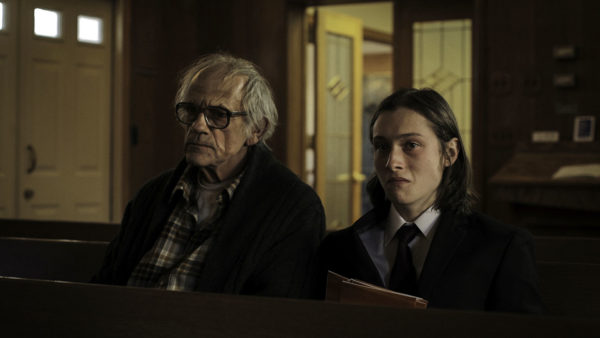 The actors are what make this film so great. Max Records is creepy, yet oddly relatable, as John, and it was nice to see Christopher Lloyd as John’s elderly neighbor Mr. Crowley. Laura Fraser, Karl Geary, and Lucy Lawton round out the cast, and each bring a unique perspective to the film and each have a special relationship to the main character.

The narrative of this film is incredible. It starts off being a typical crime/thriller film, but does a complete 180 and the genre of the film changes. I won’t spoil what happens, but it’s incredibly fun and an innovative twist. It follows pretty closely to the source material, but does add a couple of small changes to freshen up the experience.

As you might expect from a film about a serial killer, I Am Not a Serial Killer is pretty gory. If you’re squeamish, this is NOT the film for you. If you enjoy fun gore, though, you’ll love this movie.

Overall, I had a lot of fun with I Am Not a Serial Killer. If you’ve read the book, you’ll know what to expect, but if you haven’t read the source material and you love horror films, you’re in for a bloody, delicious treat.

If you’d like to purchase your own copy of I Am Not a Serial Killer (while also supporting the site), please use my affiliate link! http://amzn.to/2ipfaAL