I went into this film with pretty big expectations. I absolutely adore the first Evil Dead, and was told that the second was better and more improved. Even though I don’t agree with that statement after watching the film, I can tell you I had a hell of a good time during my viewing.

Ash Williams goes to a remote cabin in the woods with his girlfriend Linda, only to find a tape recorder with the Necronomicon laying next to it. Of course he plays the tape, and causes Linda to become possessed and unleashes horror onto the woods. As the owners of the cabin make their way to their destination, all hell breaks loose and Ash is the only one who can put an end to things.

The practical effects still hold up and look pretty cool. The generated effects? Not so much, but it adds to the schlock factor and had me laughing at the absurdity of what was happening on screen.

Bruce Campbell shines as Ash, and is a total badass. The supporting characters aren’t as strong, but when you have such a fantastic lead, it’s forgivable. 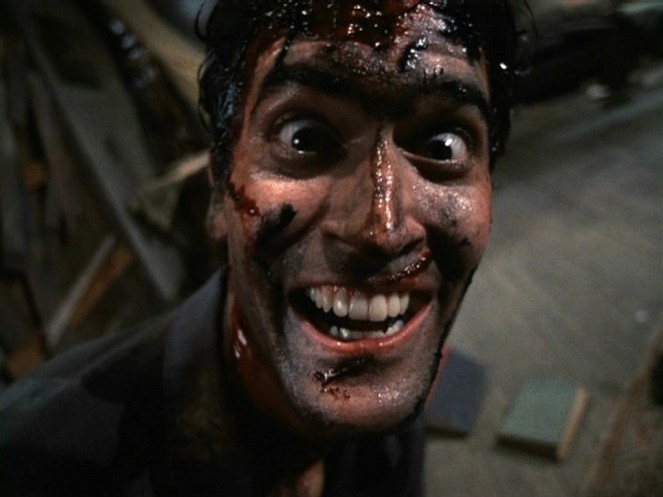 Overall, I still prefer the first film over the second,but Evil Dead II is a schlocky, fun time soaked in blood and viscera. Hail to the king, baby.

If you would like to purchase your own copy of Evil Dead II (while also supporting the channel), please use my affiliate link! http://amzn.to/2eVy27c