I went into Doctor Strange expecting a fun time, as usual with Marvel films. I walked out feeling elated and moved. This is personally my favorite Marvel movie out of their current slate.

Doctor Strange is the story of a snarky, arrogant, but brilliant neurosurgeon named Stephen Strange (played by Benedict Cumberbatch). After a horrific car accident, his hands, which were his pride and joy and enabled him to live the high life he enjoyed, are injured beyond repair. After numerous surgeries and therapy, with no success, he travels to Kathmandu to meet The Ancient One (Tilda Swinton) as a last resort. What he learns during his travels ends up changing life as he knew it forever. 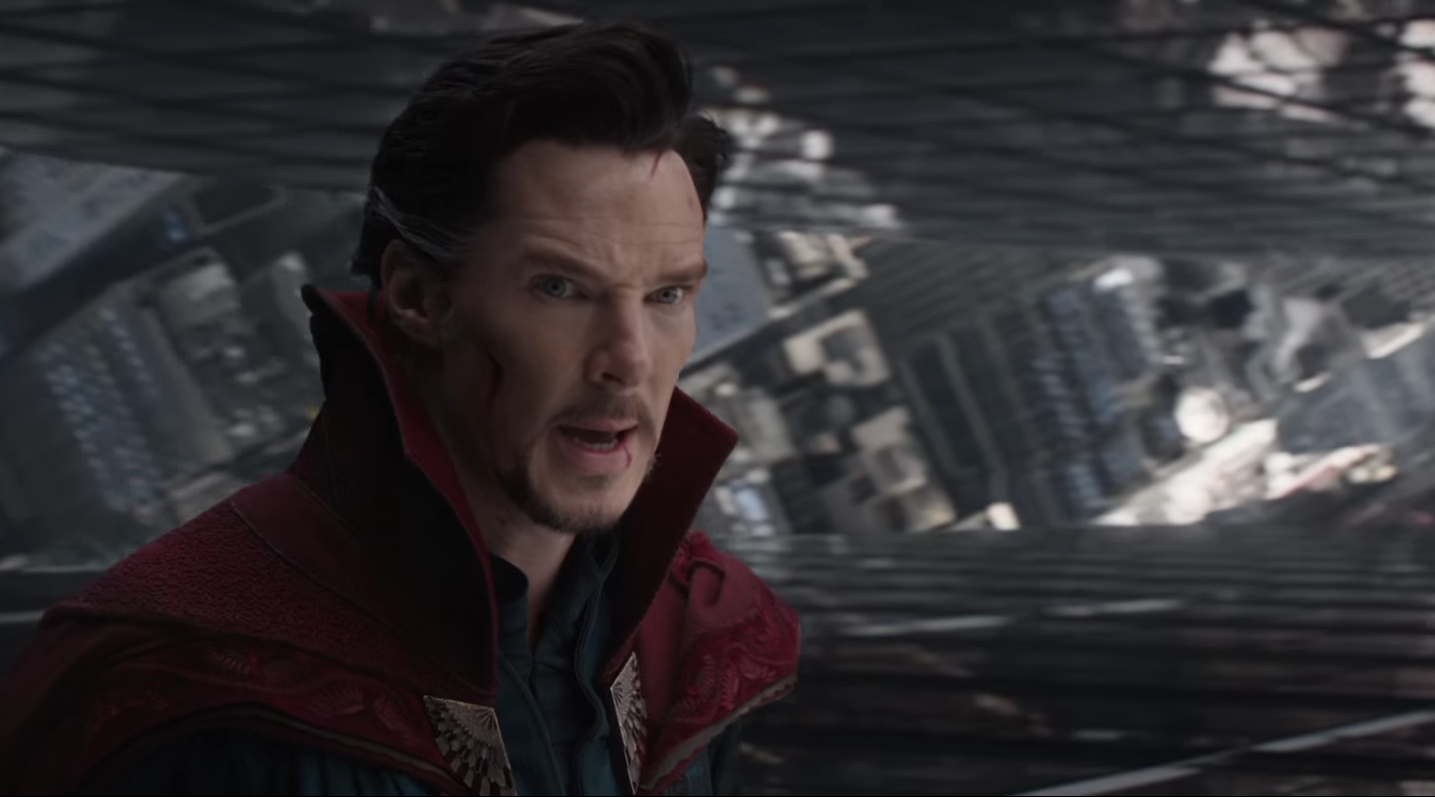 The acting is phenomenal. Benedict Cumberbatch is a delight. He plays snarky, brilliant, but flawed geniuses beautifully (as evidenced in Sherlock). He also manages to make a man who begins the film being an absolute dick into someone we care about. He perfectly captured Stephen Strange’s nuances and showed the cracks in his haughty persona that revealed him to be a deeply unhappy man. Rachel McAdams was fantastic as Christine Palmer, Strange’s love interest and colleague. This isn’t your typical romance, though. Strange needs Christine more than she needs him, and even though she deeply loves him, she is strong enough to stand on her own. Chiwetel Ejiofor was compelling as Karl Mordo, and Benedict Wong was solid support. The major standouts though (besides Cumberbatch and McAdams)? Tilda Swinton and Mads Mikkelsen. Tilda perfectly portrayed The Ancient One as a powerful entity who has seen and experienced so much darkness in their life yet continues to teach others the mystic arts to try to make the world a better place. Mads Mikklesen was chilling as Kaecilius, the main antagonist. You can feel his anger and hatred basically pulsing off the screen, and you can tell he absolutely relished playing such a dark character.

What made me feel  in love with this film was the story and visuals. I saw a man who was complicit in his life, and proud of his skills, who suddenly had his whole world ripped out from under him. Instead of getting what he wanted, he eventually got what he needed instead. This deeply resonated with me. I felt a kinship with Stephen Strange, in the sense that I feel so much but keep it bottled up. I have a dream, just like Strange, and have found myself on a different road than I was anticipating being on.

The visuals are incredible. Scott Derrickson created an absolutely gorgeous world, full of mind-melting effects. It takes true genius to pull off effects of this nature, and Derrickson seamlessly folded the magical aspects of the story into the human realm. Some may think the visuals are too trippy or distracting,but to me they were beautiful and reminiscent of a creative mind processing different emotions.

I also loved the darker tone and the heavier than usual sci-fi flavor of this Marvel film. Between Strange’s mood and views changing throughout the course of the movie, Doctor Strange also throws in temporal anomalies and alternate dimensions, mixed with magical realism and a sprinkling of humor. This is a knockout of a film, and is a must-see in theaters. If you’re a Marvel fan, you’ll dig this film, but if you’re also a fan of science fiction, this is basically a wet dream.