If you’re looking for a fresh take on the (admittedly tired) zombie genre, then Dead Snow is for you. Following a group of medical students who travel to a cabin in the mountains for a relaxing ski vacation. After an old man comes and warns them of a curse, though, their fun turns into terror, as Nazi zombies (yes, really) start picking them off by one.

I love how original this film is. Even though it does nod to films such as Evil Dead, for the most part this is a smart, fun thrill ride. The gore is brutal and over the top, and the action is badass. The zombies are fast and intelligent, and the comedic touches are a bloody cherry on top of this cake made of zombies and reckless young people.

The cinematography is, for the most part, great. A few scenes were iffy, and some scenes it was incredibly obvious they were using green screen, but I loved how they incorporated different viewpoints and angles in the film. 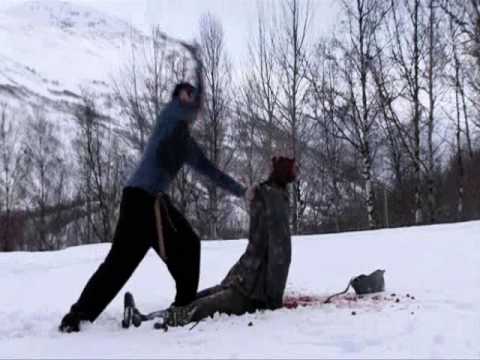 The acting is decent, but that’s not what you watch Dead Snow for. You watch this film for brutal, OTT gore and kills and incredible zombie action. The atmosphere is claustrophobic and tense, and the originality of the film is a major selling point.

If you would like to purchase your own copy of Dead Snow (while also supporting the site), please use my affiliate link! http://amzn.to/2fUhoXm