I honestly just watched this film because Alicia Vikander is the star… and I’m so glad I did. This Swedish gem focuses on the life of Katarina (Vikander) a troubled young woman who lives a dreary life (which you can tell she hates) until one day she discovers a concert hall performing  Mozart’s Requiem. She’s enraptured by the performance and soon lands a job at the Gothenburg concert hall as their secretary/receptionist. The job changes her life, bringing a spring to her step and a smile to her face. She starts to dress better (cute tops and cardigans instead of sloppy t-shirts) and stands up to her mother and boyfriend. She also starts up an illicit affair with the married conductor, and soon lands in hot water. 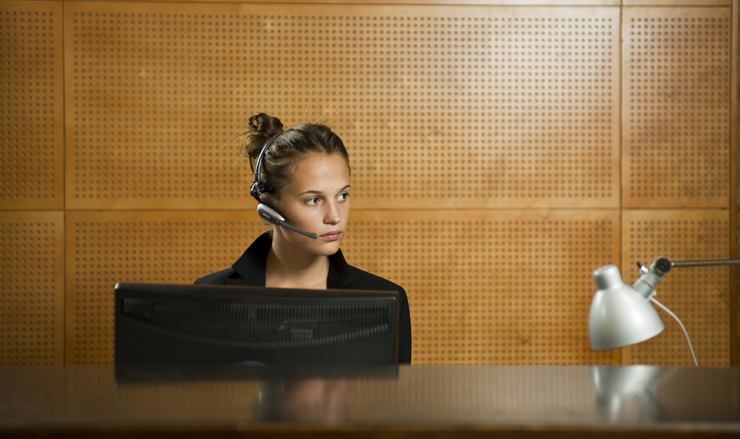 Alicia Vikander is a vision in this film. You can see the anger, determination, and hunger in her eyes, in the way she holds herself. You can also clearly see how the music and job transform her from an angry, hateful young woman into a blossoming, well-behaved lady. As she started to discover herself, I fought back tears. I’ve been in the same situation as Katarina, and Pure really struck a chord with me.  The supporting actors are incredible as well, with Samuel Fröler (The Inspector and the Sea) playing the married conductor Adam, who seduces young Katarina and changes the way she views the world,Martin Wallström (Mr. Robot) as her put-upon live-in boyfriend, and Josephine Bauer (Spring Tide) as her troubled mother.

The narrative is what really resonated with me. I identified with Katarina so much. I feel the hunger, the desire, the utter NEED to escape the life I’m currently living and to find a better situation. I’ve felt the love she has for Adam, and I’ve experienced the anger she contains inside. I’ve also been transformed by music, as well as other avenues of entertainment. The story isn’t as straightforward as you may think, and shocking events (which I won’t spoil) that show who Katarina is as a person and what can happen when a person is pushed too far were brilliantly executed.

The cinematography is gorgeous, and I was constantly marveling at the beautiful contrasts the film provided. I loved how the camera lingers on Katarina’s face, showing her emotions roiling beneath the surface of her character.

I adored Pure, aka “Till det som är vackert“. Alicia Vikander is a dream, the supporting actors hold their own, the cinematography is gorgeous and mesmerizing, and the story is relatable yet surprising. I highly recommend this film to anyone who has the patience to enjoy and absorb this exquisite Swedish masterpiece.