If you’re a fan of Cartoon Network, GET PUMPED! Cartoon Network: Battle Crashers is a side-scrolling action game which can be played alone or with up to four other players in drop-in/drop-out co-op.

So what’s the story? Well, Uncle Grandpa (from, um, Uncle Grandpa) tears a hole in the universe after hitting a switch on his RV. Oopsie daisies… So heroes from some of Cartoon Network’s hit shows must come together to fix this massive screw-up and kick enemy butt. You’ll be able to play as (and freely switch between) Finn and Jake (Adventure Time), Clarence (from, well, Clarence), Gumball (The Amazing World of Gumball), and Rigby and Mordecai (Regular Show).

The game will feature light customization and character progression, as well as a special Bonkers mode that lets you replay stages with crazy challenges tacked on.

Cartoon Network: Battle Crashers is expected to hit store shelves and digital marketplaces in November 2016. You can play the game on PS4, Xbox One, or Nintendo 3DS. (Co-op is only available on the PS4 and Xbox One versions, though.) 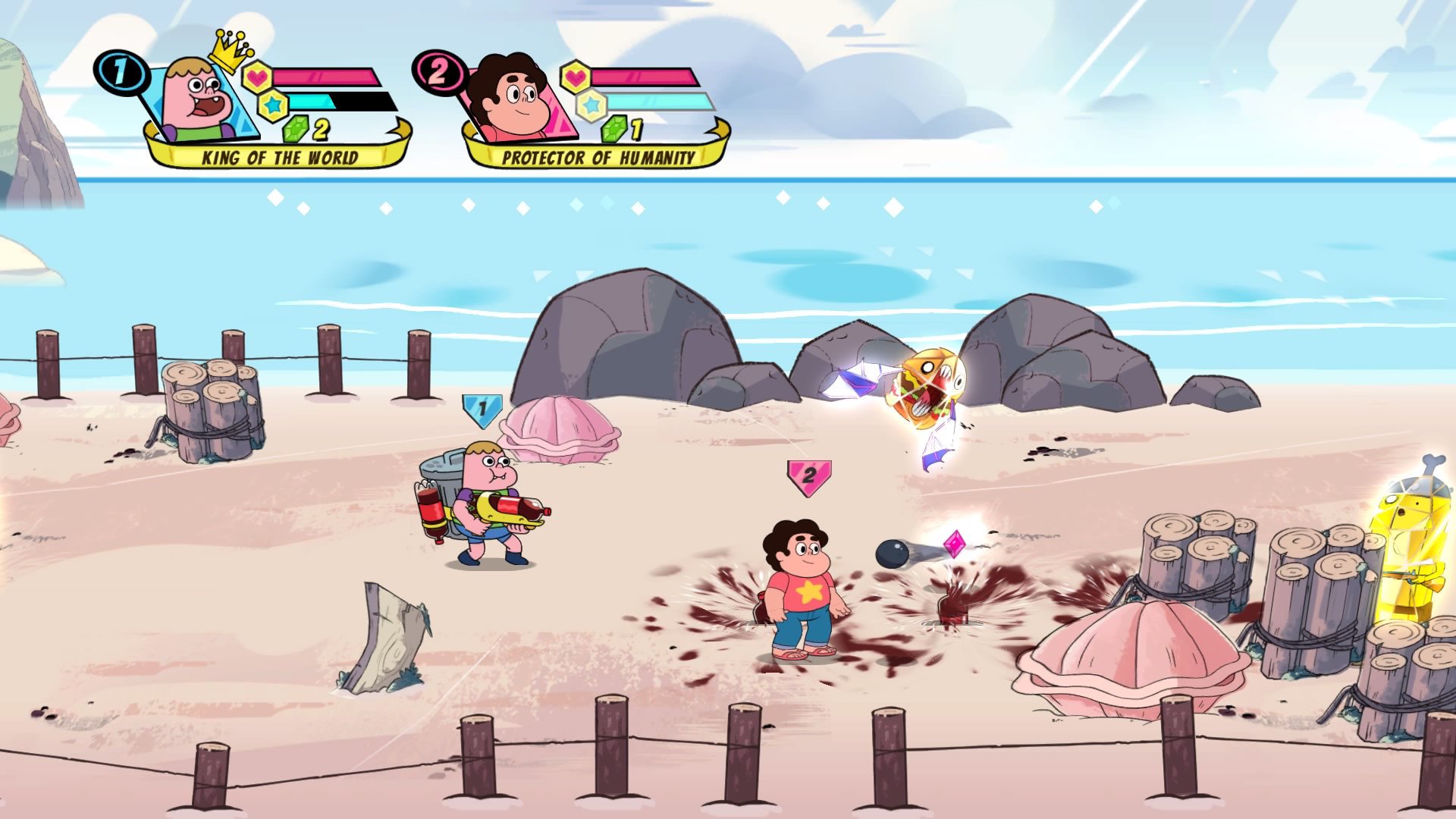 For more information on the title, please visit the GameMill Entertainment (the game developer’s) website.

*Images and trailer courtesy of GameMill Entertainment and Cartoon Network