So I’ve just listened to the entire Suicide Squad soundtrack (and probably lost 20% of my hearing), and I have one thing to say about it: IT’S PURE PERFECTION! Each song perfectly encapsulates the film and characters, and the pounding bass, slinky synths, and amazing vocals make you feel like you’re actually in the movie. The whole album feels like a cheeky “Fuck You” to society, and every song makes you want to get up and shake your booty. Now let’s break down each individual track:

2. Sucker For Pain- Lil Wayne, Wiz Khalifa & Imagine Dragons w/ Logic & Ty Dolla $ign ft. X Ambassadors: WHEW! That’s a lot of artists. Luckily, they all work well together and make an addictive ear worm that makes you feel like a legit part of the Squad. I’ve listened to this song on repeat. 4/5

3. Heathens- Twenty One Pilots: If you’re a fan of Twenty One Pilots already, you’ll instantly fall in love with this song. It’s catchy, and makes you feel a little cuckoo (in the best way possible). 4.5/5

4. Standing in the Rain- Action Bronson, Mark Ronson, & Dan Auerbach: You can definitely hear The Black Keys influence on the song; unfortunately, Action Bronson’s vocals didn’t cut it for me. I honestly wish the song had just been performed by Mark and Dan. 3/5

5. Gangsta- Kehlani: This is the perfect song for Harley Quinn. From the lyrics (sample: “I’m fucked up, I’m black and blue…”) to the dreamy pace, I can’t imagine a better song for the Joker’s Queen. 5/5

6. Know Better- Kevin Gates: This is just a fun song that makes you feel like a total badass. The perfect pump up song for the Squad. 4/5

7. You Don’t Own Me- Grace (ft. G-Eazy): A gorgeous, seductive song that immediately grabs your attention (like a certain gorgeous clown queen).This song evokes the image of a beautiful woman performing this piece in a smoke-filled jazz lounge.I also love how the song is about a woman who just wants to be allowed to be herself and not be controlled by anyone or anything. 5/5

8. Without Me-Eminem: When this song started playing in the theater during my viewing, everyone started dancing in their seat (no joke, it was like I was in a musical). My nostalgia senses are tingling off the charts. A fun, cheeky, classic Eminem song. 4.5/5

9. Wreak Havoc- Skylar Grey: An intense, sexy song with badass lyrics (“I don’t give a fuck when I walk into battle and that’s why I got all the power”). This make me feel like I can conquer the world, and steal the hearts of men in one fell swoop. 5/5

10. Medieval Warfare- Grimes: I love the beat, but the vocals don’t cut it for me for some reason. It’s hard to understand the lyrics, especially with such a heavy background. 3/5

11. Bohemian Rhapsody- Panic! At The Disco: This could have been a disaster of epic proportions. Nobody (and I mean NOBODY) can touch Queen’s classic song, but P!ATD did a serviceable job. Brendon Urie’s falsetto is impressive, and the beat is both recognizable and different enough from the original to stand out on its own. 4.5/5

12. Slippin’ Into Darkness- War: A classic, jazzy song. It’s easy to listen to, but nothing spectacular. 3/5

13. Fortunate Son- Creedence Clearwater Revival: This classic rock song is always a fun time. A true classic, this always puts a little shake in my booty. 4/5

14. I Started A Joke- ConfidentialMX (ft. Becky Hanson): I’m just not a fan of this cover. It’s too slow and draggy and probably the weakest track. 2.5/5

Overall, this is a must-purchase soundtrack (FOR THE LOVE OF ALL THAT IS SWEET AND HOLY, LEGALLY PURCHASE THIS ALBUM!!!). It’s full of badass songs that will get you dancing and make you feel like you can conquer the world. Also, the physical edition of this soundtrack is mothereffing gorgeous. I highly recommend purchasing it, if possible (I also recommend getting the uncensored version, because censorship sucks, puddin’). 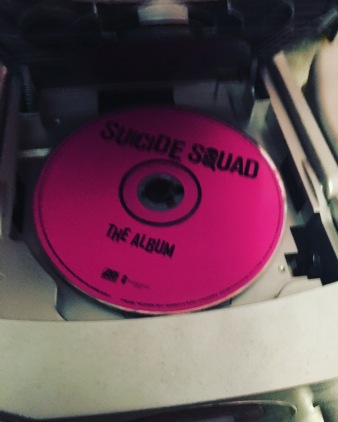 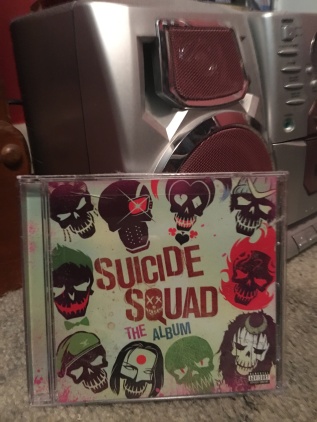