*Note: I watched the Final Cut of the film*

Yes, I’ve just now seen Ridley Scott’s epic in its entirety. I had seen bits and pieces of the (heavily edited) film on TV and hated what I saw of it. After years of loving science-fiction and falling head-over-heels for the genre, I decided to give Blade Runner a fifth (yes, fifth) chance. Man, am I glad I did.

First off, this film is stunning. The neon-drenched, rain-soaked streets of 2019 Los Angeles are gorgeous, and I was constantly in awe of the effects. Each shot of this film could be individually framed and hung on the wall, they’re that beautiful.

The acting? Top-notch. Harrison Ford as Rick Deckard was an extremely handsome (damn dude, why are you so gorgeous?!), charming lead and Rutger Hauer was chilling as Roy Batty. Edward James Olmos, Daryl Hannah, and Sean Young gave solid supporting performances. I genuinely cared for/loathed these characters. I have one complaint, though. That love scene between Deckard and Rachael? Kinda cringey and seemed forced. That’s just a small complaint about an otherwise amazing film,though. 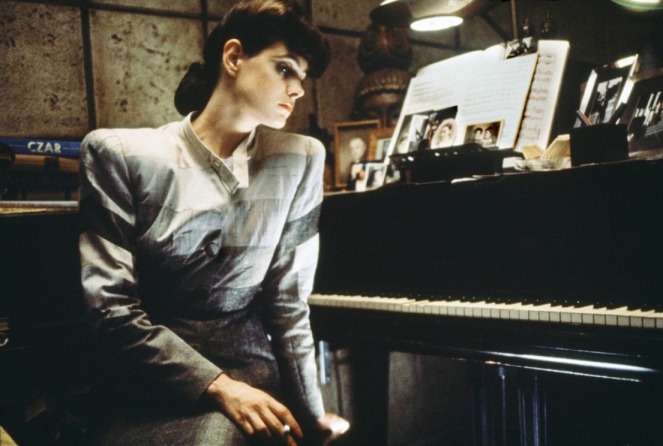 The story isn’t simple, and requires patience and focus. Plus, there are so many different theories that spring to mind while watching the film that it’s basically required that you watch this multiple times. This is definitely not a sci-fi film for newbies to the genre, and anyone who has a short attention span will not get the full effect from their viewing experience.

This is a beautiful masterpiece of a film, with superb acting and amazing visuals. Immediately after the credits rolled, I immediately wanted to watch it again. This film has lingered with me, and that’s not something I can say about the majority of movies today. Blade Runner is truly an epic ahead of its time.