The Fundamentals of Caring is a Netflix original movie about a man named Marvin (played by Paul Rudd) who has just been hired to take care of a young man named Trevor (Craig Roberts) who has Douchenne’s Muscular Dystrophy (DMD). Marvin decides to take Trevor on a road trip to see The World’s Deepest Pit.

TFoC is a delightful, well-acted film, even if the plot has been portrayed numerous times before. Paul Rudd brings warmth and spirit to Marvin, a man who is haunted by his past. Craig Roberts is an absolute knockout, spewing out hilariously filthy lines while still making you care about Trevor. The scene stealer is Selena Gomez, though. You’ve never seen her more crude in a film. The cast’s chemistry is believable, and the writing is solid.

If you’re a sucker for roadtrip movies and films with dysfunctional casts, definitely give The Fundamentals of Caring a watch. It may be predictable, but it has heart and will bring a smile to your face and maybe even a tear to your eye. 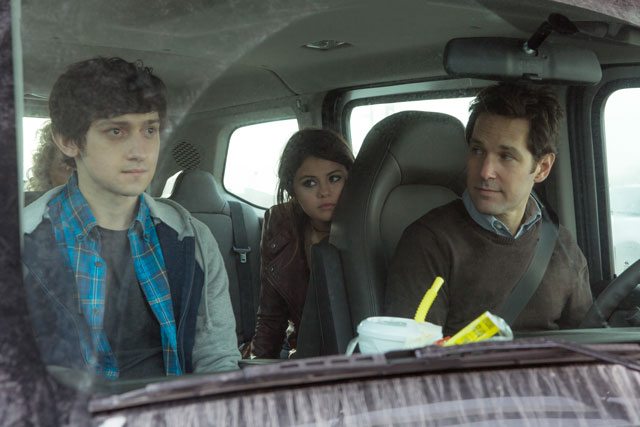 The Fundamentals of Caring is available to stream exclusively on Netflix now.